“To Kill a Mockingbird” at SCFTA, “Black Vampire” on Blu-ray 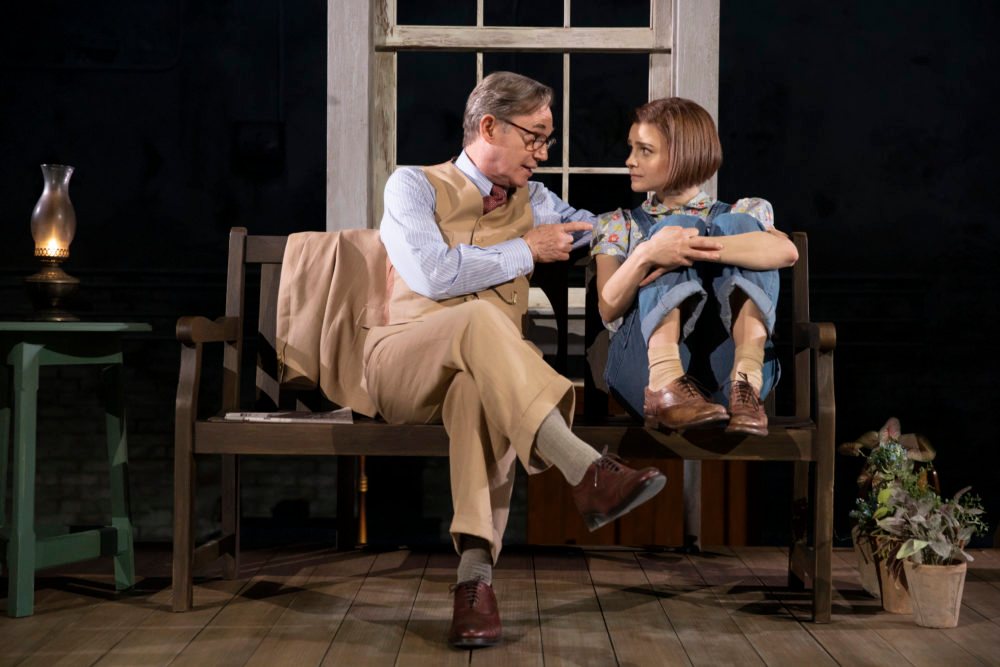 It takes two people to make a great painting, so the old axiom goes—one to paint it and one to tell him when to stop. Perhaps Aaron Sorkin put it in his contract his script for Harper Lee’s “To Kill a Mockingbird” (at Segerstrom Center for the Arts in Costa Mesa through Jan. 8; scfta.com) could not be altered. A faux pas in any event.

Sorkin’s new adaptation of the classic novel is outstanding, no question. But at three hours including intermission it’s also too lengthy—it feels more like four, despite Bartlett Sher’s attentive direction—and seems unnecessarily padded as it drawls toward its conclusion.

“Mockingbird” is a long courtroom drama about a miscarriage of justice however you slice it, though, and should not be missed by anyone who appreciates an invigorating evening of theatre. Sorkin’s clever framing device of having the young people narrate the story pulls us in, and makes us eager to listen.

Richard Thomas wisely makes no attempt to emulate Gregory Peck’s iconic portrayal of Atticus Finch, and gives us his own version of the Southern lawyer fighting an uphill battle against prejudice in 1930s Alabama. It’s an impressive performance of quiet strength, with solid support from Melanie Moore (as his adolescent daughter, Scout), Jacqueline Williams (as their maid, Calpurnia), David Manis (as Judge Taylor) and others.

“El Vampiro Negro” (“The Black Vampire”) is not so much a remake of Fritz Lang’s classic “M” (1931) as “an inspired reimagining” of the story, according to TCM film noir host Eddie Muller. This virtually forgotten 1953 Argentinian film about a child killer on the loose is a true gem by Román Viñoly Barreto, the same director as “The Beast Must Die” (rescued from oblivion like this one by the Film Noir Foundation.)

Unlike “M,” the killer (Nathan Pinzon) is not the focus here. The film is centered on a nightclub singer (Olga Zubarry), the mother of a potential victim, and the efforts to catch the killer, led by an unscrupulous gent (Roberto Escalada) with designs on the singer. Anibal Gonzalez Paz’s exceptional photography is a key element.

Among the bonus materials on Flicker Alley’s (flickeralley.com) Blu-ray/DVD dual format edition are a comparison of the three versions of “M”; an interview with the director’s son; an audio commentary; and a souvenir booklet. Restored by UCLA Film & TV Archive.