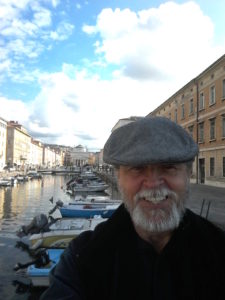 Jordan R. Young is a journalist, show business historian, playwright and theatre critic. His work has appeared in The Los Angeles Times, The New York Times, The Washington Post, The Christian Science Monitor, Los Angeles Magazine, Westways, AAA Tour Books, and The People’s Almanac. His books include Spike Jones Off the Record, The Laugh Crafters: Comedy Writing in Radio and TV’s Golden Age, Acting Solo, The Beckett Actor and King Vidor’s The Crowd. His plays have been produced in Hollywood and Off Off Broadway. Young is a former travel writer for the Automobile Club of Southern California; he has written special material for the Grammy Awards and served as a consultant for BBC Radio. He is a native of Los Angeles, born in the suburb of Culver City where his favorite comedy team, Laurel and Hardy, made the majority of their films.