“So Proudly We Hail!” On Blu-ray, Jackie Gleason on DVD 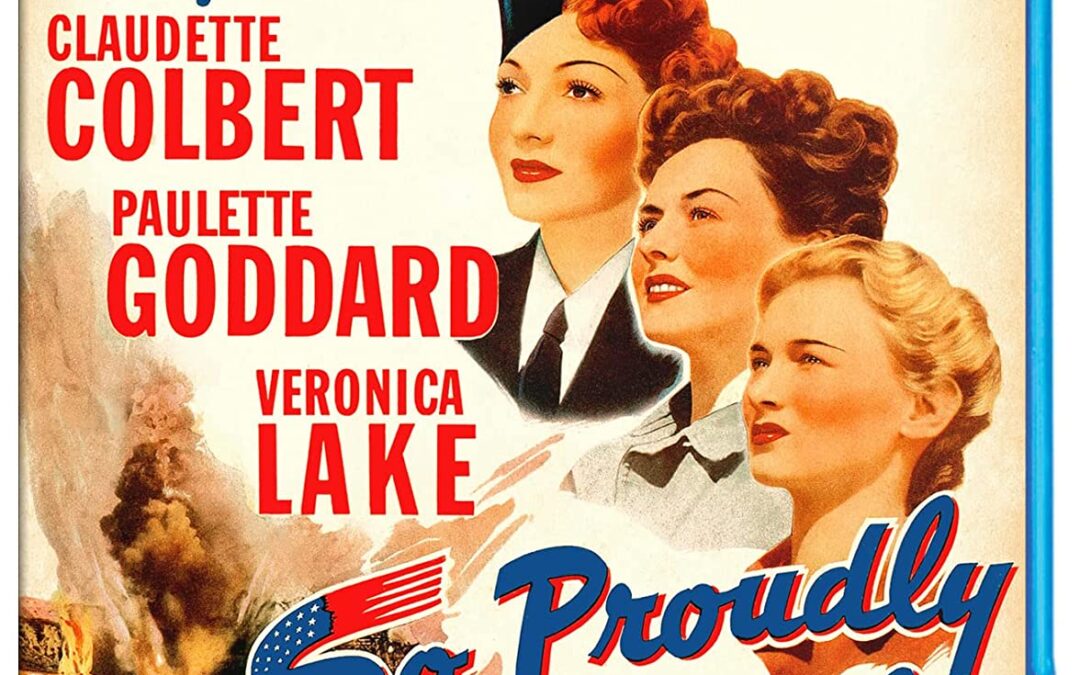 Long before “Private Benjamin” and “A Few Good Men,” there were movies about women in the military. Better movies like “Cry ‘Havoc’,” “Mrs. Miniver” and “So Proudly We Hail!” The latter, about US Army nurses and the living hell they faced on Bataan and Corregidor during World War II, may not be as well known as others, but Kino Lorber (klstudioclassiccs.com) has just given the potent 1943 drama a 2K Blu-ray release, which should help lift it out of obscurity.

Scripted by Allan Scott (based on records of the Army Nursing Corps), the picture is produced and directed by Mark Sandrich (best known for helming several Fred Astaire-Ginger Rogers movies). Boasting a score by Miklos Rozsa, it could not be less like the work with which Sandrich is generally associated. The film is patriotic, as might be expected, but strives for realism and largely succeeds.

Claudette Colbert is well suited to the role of Lt. Janet Davidson, who falls in love in spite of her best efforts. Paulette Goddard pulls her own weight as an army nurse, but it’s Veronica Lake who gives the standout performance in the film, as an heroic, albeit sullen and unfriendly colleague. Sans trademark hairdo and the usual glamour makeup, she’s almost unrecognizable—and probably at her career best.

George Reeves and Sonny Tufts play the principal male roles, and are all charm and testosterone in pursuit of Colbert and Goddard. (While Reeves would become famous as TV’s Superman in the ‘50s, ironically it’s Tufts who’s jokingly referred to as Superman by female cast members). An audio commentary by film historian Julie Kirgo is a bonus.

Jackie Gleason, one of the Supermen among TV comedians of the ‘50s and ‘60s, headlines not one but two DVD compilations recently released by MPI Home Video (mpihomevideo.com). “Television Treasures,” a special 2-disc 70th anniversary collection, is a must-have for fans of the heavyweight funnyman, offering over five hours of rarities.

Vintage episodes of Gleason’s signature creation, “The Honeymooners,” with Audrey Meadows and Art Carney, make up roughly half the package. It’s a real treat to see Gleason and Carney play disparate characters beyond bus driver Ralph Kramden and sewer worker Ed Norton though, such as obnoxious loudmouth Charlie Bratton and his nervous pal.

We also get to see Reginald Van Gleason III, The Poor Soul and Joe the Bartender (with Frank Fontaine as Crazy Guggenheim); there’s a complete broadcast from the comedian’s 1953 show featuring Peggy Lee, along with original commercials. The 2006 retrospective, “Genius at Work,” is an added bonus.

“The Honeymooners Specials: The Complete Collection” reprises four hour-long specials made 1976-78. In perhaps the best of them, Ed directs Ralph and Alice when Gleason agrees to do “A Christmas Carol” as an office holiday fundraiser. Sheila MacRae and Jane Kean appear (as they do on “Television Treasures”), along with Gale Gordon, Ray Bolger, George Kirby and Rich Little.