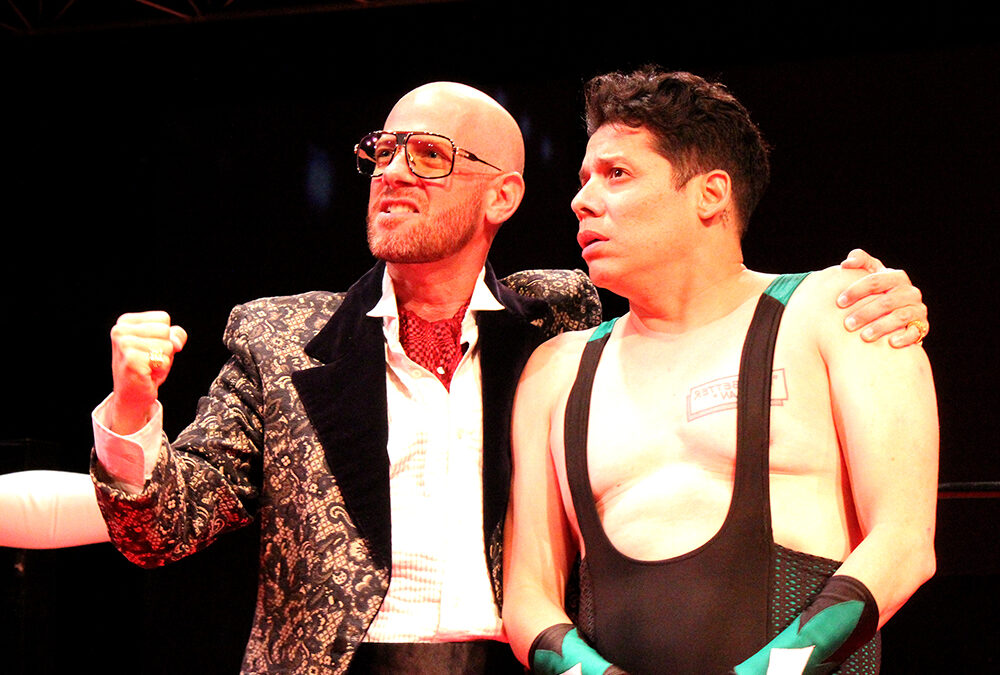 From the moment an explosion interrupts the opening song in “Nina Simone: Four Women” at South Coast Repertory, you know this show is not going to be the usual theatrical experience. Christina Ham’s impressionistic musical drama about the ‘60s African American singer-civil rights activist and her era is one of a kind, to be certain.

“Nobody’s ever understood me or what I’m trying to do,” Simone tells a maid early in the play, which blends biography and history as it explores that conundrum. When Dr. King proclaims “I have a dream,” the singer wonders where she fits into it; it doesn’t take her long to find her way.

Her songs, notably “Mississippi Goddam,” inspired by her out-of-control anger over the 1963 Birmingham church bombing that killed four little girls, provide much of the substance. The “Four Women” of the title (another Simone song) are archetypes that reflect the history of racism and civil rights.

Chibuba Osuala (Simone) and a stellar ensemble command a standing ovation under the direction of Logan Vaughn. Audiences of all ages and colors should endeavor to see this play before it closes Oct. 23 at SCR in Costa Mesa. It’s far more than a biography of Simone, “The High Priestess of Soul,” or a musical history lesson, and it’s as relevant now as it was six decades ago.

Racism and politics also play a part in a decidedly different show at the Chance Theater in Anaheim, the OC premiere of “The Elaborate Entrance of Chad Deity.” This dynamic, high-energy drama by Kristoffer Diaz, a Pulitzer nominee (also closing Oct. 23), gives us a behind-the-scenes look at the dog-eat-dog world of pro wrestling.

“In wrestling, being really good means you’re unrewarded,” Macedonio Guerra tells us, after reminiscing about growing up in the Bronx and playing with wrestling toys. He’s a “jobber,” a guy who’s paid to lose to bigger-name stars in the ring, and our guide to the colorful world of boys in men’s bodies who throw each other around for a living.

Jeremy Aluma has staged the play in a brash, over-the-top “take no prisoners” fashion that’s a perfect fit for the material. You really feel like you’re at a wrestling match at Madison Square Garden in New York City. The play is overly long but that’s Diaz’s doing, no fault of the Chance.

Rudy Solis III (Guerra) is right at home in the ring, but he’s overshadowed by Londale Theus Jr. in the title role, a giant of a man who looks every inch the part. James Michael McHale makes a solid impression in a series of supporting roles. Martin Noyes’ fight choreography looks like the real deal, at least to a non-fan of the sport.