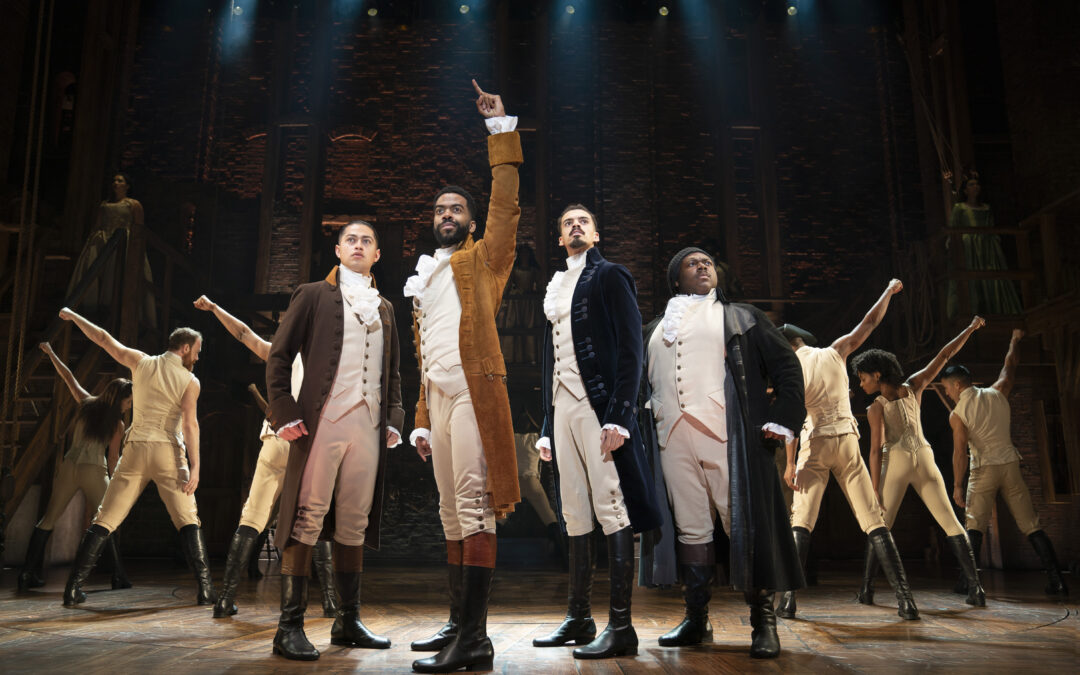 At the suggestion of friend, I listened to the soundtrack of “Hamilton” before catching the show about America’s first secretary of the treasury opening night at Segerstrom Center for the Arts (scfta.org) in Costa Mesa—where it runs through Oct. 16.

The touring version of the musical that turns U.S. history on its head may be an improvement over the Broadway production, judging by the cast album. Apparently recognizing that a little bit of hip hop goes a long way with mainstream audiences, Director Thomas Kail has slowed things down a bit, the better to comprehend Lin-Manuel Miranda’s consistently clever lyrics.

There’s not one but several national tour companies, given the show’s popularity (I guess 11 Tonys, a Grammy and a Pulitzer will do that, go figure). Orange County is offering an excellent one with a top-notch cast, as one would hope; I doubt anyone will be disappointed.

Those expecting the full Broadway show should be aware this is a slightly abridged version, with 34 numbers (a dozen tunes have been cut, including the almost incomprehensible “Guns & Ships”). Hearing devices (free on request) are highly recommended for those over, say, 50 years of age, to compensate for SCFTA’s less than spectacular acoustics.

Those who appreciate art history may want to avail themselves of “Alain Resnais: Five Short Films” (available from Icarus Home Video on Blu-ray). Resnais, the renowned director of “Hiroshima Mon Amour,” was still in his early 20s when he made the earliest of these newly restored short subjects, “Van Gogh” (1948).

It may not be “boundary-pushing” by today’s standards, as it says on the back of the box, but was so highly regarded in its day it won the Oscar for Best Short Film. Unfortunately, Van Gogh’s extraordinary use of color is unapparent in this black and white movie.

“Guernica” (1949) utilizes impressionistic techniques to capture the humanity of Picasso’s famed painting—cutting rapidly between close-ups of agonized war victims, super-imposing bullet holes on canvases—and succeeds admirably. It’s no substitute for viewing the painting at Madrid’s Museo Reina Sofia but may be the next best thing.

“The Song of Styrene” (1957) may be the most poetic industrial film ever made. Though it’s ostensibly about the process of manufacturing plastic, it finds art in the most unlikely of places—pipes, tanks, girders and rivets, cylinders and valves.