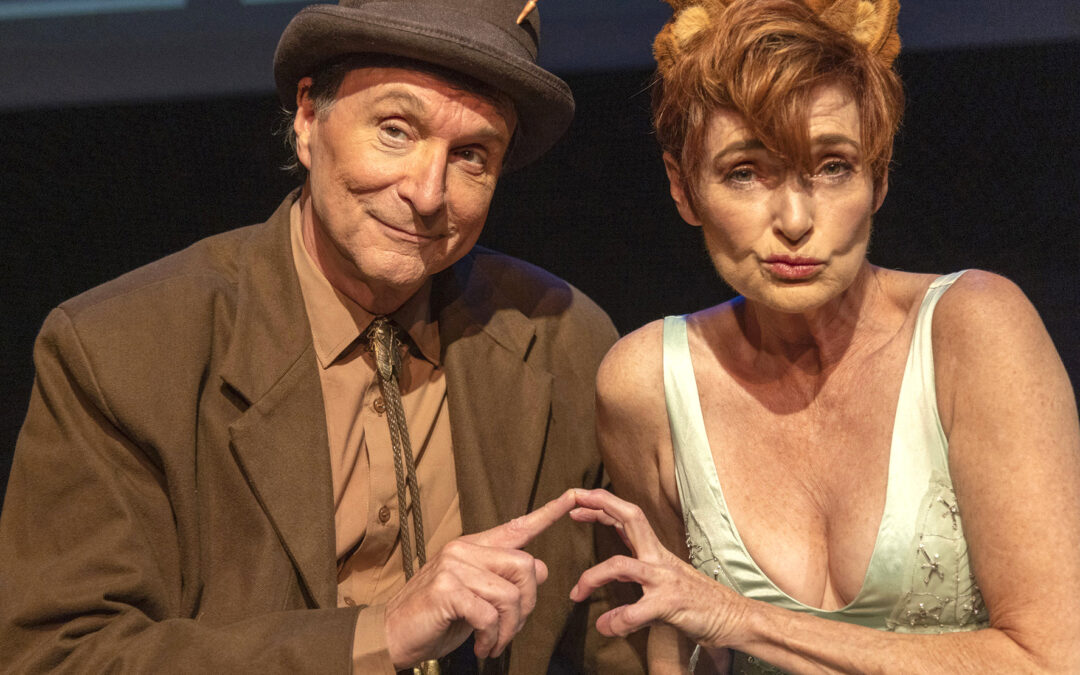 Very few people could entice me to listen to an evening of Broadway show tunes. Not my drug of choice. But Bernadette Peters is one of the chosen few. She could sing selected passages from the Yellow Pages, the Racing Form, or the glossary of a textbook on abnormalities of the pituitary gland, and I’d be all ears—as I will when the three-time Tony Award winner graces the stage of the Renée and Henry Segerstrom Concert Hall in Costa Mesa (scfta.org) on Sept. 29.

The native New Yorker, who got her start in show biz on a TV show at three and a half, made her Broadway debut at 19 and won her first Drama Desk award at 20. Her recent TV appearances include “Mozart in the Jungle” (Amazon Prime), “The Good Fight,” and “Zoey’s Extraordinary Playlist.” Peters can also be seen in Lin-Manuel Miranda’s “tick, tick…BOOM!” and the documentary “Broadway: The Next Generation,” now filming.

No doubt Peters will sing songs at Segerstrom penned by Stephen Sondheim, with whose work she’s become widely identified. Gershwin, Berlin, and Rodgers & Hammerstein tunes are among those she’s likely to offer from her repertoire as well. She may also include a selection from “Hello, Dolly!,”which she performed on Broadway in 2018. But it doesn’t really matter. It’s nice to have her back where she belongs, exercising her vocal cords in front of a live audience.

A cockroach with a human soul? A sexy alley cat who was Cleopatra in a former life? Where could you possibly meet such characters? In the works of newsman Don Marquis, where I first encountered them many long years ago to my delight. And in “The Secret World of Archy & Mehitabel,” in its world premiere at the Whitefire Theatre in Sherman Oaks (whitefiretheatre.com), Saturday evenings through Oct. 15.

The Whitefire, where good things have been happening for decades off the radar of mainstream So Cal theatregoers, may be best known as ground central for solo performance; indeed, it survived the pandemic by streaming one-person shows. This unobtrusive little storefront on Ventura Blvd. proves there’s worthwhile live entertainment happening off the beaten path if you’re willing to go and look for it.

The newspaper reporter (Bill Chott) who introduces us to this strange world tells us how Archy, a poet in a past life (Dan Gilvezan), talks him into leaving a blank sheet of paper in his Remington typewriter every evening when he leaves the office. This sets the stage for Mehitabel (Carole Hennesy), who has a “what the hell” attitude” about life but assures us she’s “a lady in spite of it all” and other oddball characters of their acquaintance (all played by Kelly Stables and Richard Horvitz), including a philosophical toad.

Though the reporter is determined not to “take any self-improvement tips from a cockroach,” he’s happy to share Archy’s world view with us—including a subtle ecological message at the finale. It’s the perfect note to end the show on. The cast does an outstanding job of bringing Gilvezan’s clever adaptation of Marquis’ creation to life, under Moose Drier’s direction. The imaginative costumes are uncredited; Dan West’s soundtrack (played live on the piano) provides flawless accompaniment.

Photo: Dan Gilvezan and Carolyn Hennesy at the Whitefire.
Photo by Bill Dow