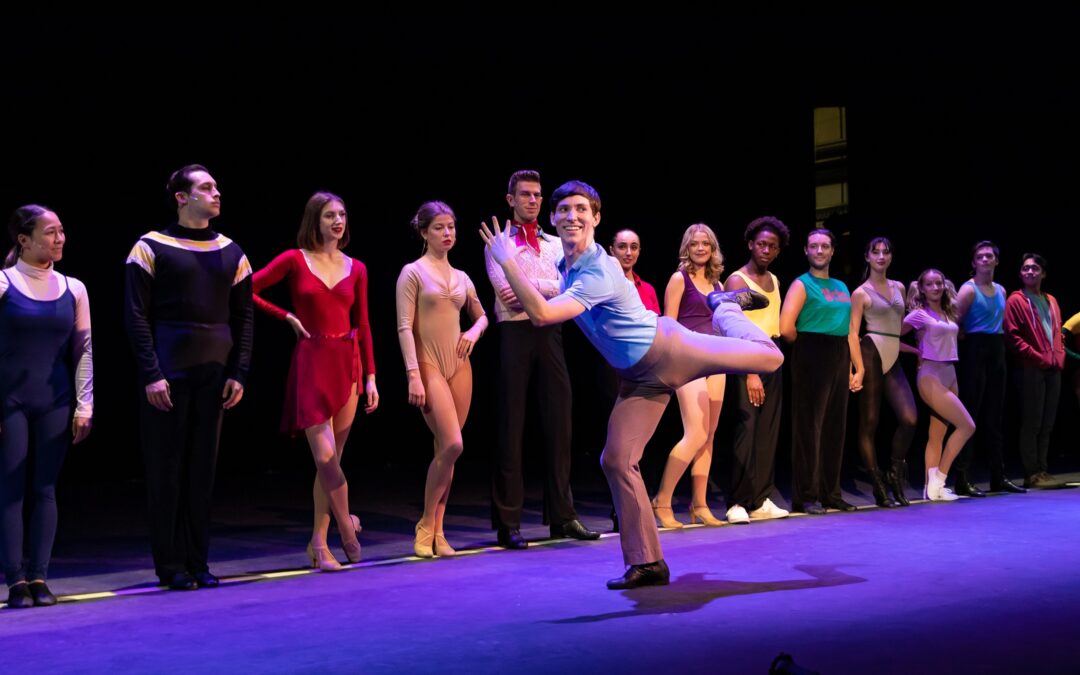 On my first visit to New York in 1975, I met with a friend who was working at the Public Theatre. There was a line around the block—if memory serves—for a show that had opened the night before. “A Chorus Line” soon transferred to Broadway and the rest is history. The show (now at the Laguna Playhouse in Laguna Beach through June 12) remains so relevant it’s startling to realize its coming up on its 50th anniversary. But you don’t have to be an artist to identify with a group of young dancers hoping to be chosen for a show, after years of striving and struggling.

When Cassie (Katie Van Horn), a seasoned pro “too good to go back to the chorus” in the opinion of the director, tells us she hasn’t worked in two years, the plight of artists everywhere hits home. Time—and the pandemic—has made the dialogue in the mouths of these young people who devote their lives to the arts despite long odds more resonant than ever.

The Playhouse itself is celebrating its 100th anniversary, and Luis Villabon’s revival of the revered Kirkwood-Dante-Hamlisch-Kleban show is perfectly suited to the occasion. Those with high expectations won’t be disappointed. The cast is first-rate; my companion, who saw the show on Broadway in its original run, was more than satisfied. Speaking to the future of the performing arts, there are several students in the cast, including four from Chapman University.

Villabon can be heard on the recent tribute album, “Chip Deffaa’s Irving Berlin: Love Songs and Such,” among an all-star New York cast headed by Betty Buckley. This valentine is only the tip of the iceberg that is Deffaa. The prolific author-producer is also sharing anew the treasures of his remarkable audio collection by curating a series of CDs for his Garret Mountain label.

“Al Jolson’s Broadway” culls the cream of the entertainer’s 1910s and ‘20s output (Deffaa owns a copy of every original 78rpm record Jolie made) and includes “live” radio air checks that are still as vibrant and dynamic as one could hope. “Fanny Brice: The Real Funny Girl” similarly collects some real rarities, including three different renditions of her signature song “My Man” and collaborations with Jack Benny, Bob Hope and Tallulah Bankhead (the later in a hilarious dialogue with Brice’s precious Baby Snooks character).

These remastered gems are a joy to behold. Even harder to find perhaps are the contents of “George M. Cohan: Rare Performances,” which gathers most of the tracks from Cohan’s sole commercial recording session from 1911, along with extant “live” radio versions by the ever-popular songwriter. Jolson, Billy Murray, and Enrico Caruso are heard singing Cohan songs, with Deffaa himself performing a forgotten one making its album debut here.

Photo: AJ Love (front) stars with the company of  “A Chorus Line” at Laguna Playhouse, directed and choreographed by Luis Villabon.