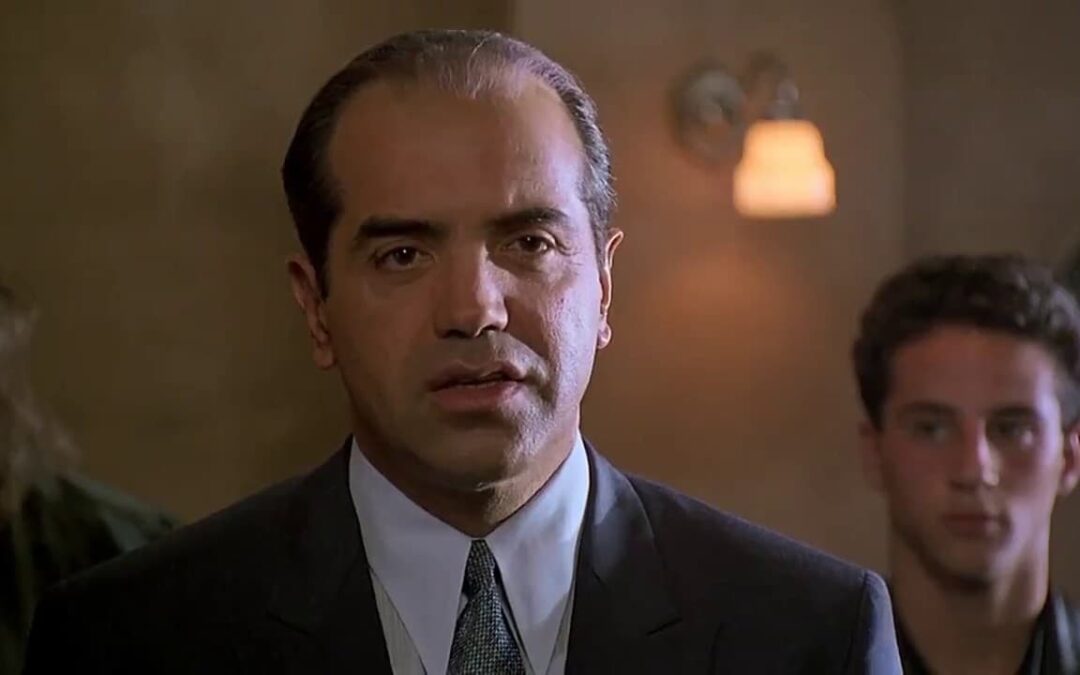 It’s not every day a director calls you with an invitation to see a new show. The director was Mark Travis and the show was called “A Bronx Tale,” starring a cast of one, a young actor I’d never heard of named Chazz Palminteri. I was knocked out by it. Here was a guy doing basically the same thing Hal Holbrook was doing in the guise of Mark Twain, telling a story, in a much more immediate way. He may not have had Holbrook’s polish or experience, but he was electrifying.

The show developed from an acting class monologue in which he played all the characters of the tough neighborhood in the Bronx in which he grew up during the sixties, chronicling his education in “the school of the street” in graphic detail. It was early 1989 and virtually nobody had ever heard of Palminteri outside his neighborhood.

In a short time, millions of people would know his name. Robert DeNiro was bowled over by the show and made a movie out of it, directing and co-starring with Palminteri. The rest is history, from “Bullets Over Broadway” and “The Usual Suspects” to TV’s recent “Godfather of Harlem.”

Palminteri brings his original one-man show “A Bronx Tale” (not to be confused with the hit Broadway musical version) to Segerstrom Center for the Arts (www.scfta.org) in Costa Mesa this Saturday, April 2, 8 p.m… The Tony Award-winning Broadway musical “A Band’s Visit,” continues at SCFTA through April 3.

About 15 years ago a co-worker said, “Hey, listen to this,” and handed me a CD by a blues guitarist named Kevin Moore, better known as Keb’ Mo’. I was immediately captivated by his sound and style, a mix of modern and old school that blends blues, jazz, country, folk, rock and soul. By then he was already a Grammy Award winner but since I don’t follow those things any more, he was news to me.

He’s got five Grammys now, not to mention 14 Blues Foundation Awards. Mo’ has played the likes of Carnegie Hall and the White House and turned up everywhere from “The West Wing” to “Sesame Street.” I managed to catch him as the opening act for Bonnie Raitt in Orange County about a decade ago and was anything but disappointed.

Mo’ resurfaces at the Musco Center for the Arts at Chapman University in Orange (www.muscocenter.org) on April 10, as the headliner for the Mostly Blues Festival. He’ll be joined by two opening acts, Sunny War and Jackie Venson… Science and jazz will collide in a free public event (reservations required) at the Musco on April 9… As for Mo’, he’ll then spend the month of April performing around California, then kick off a European tour in May (he’ll appear at the Hollywood Bowl August 3).