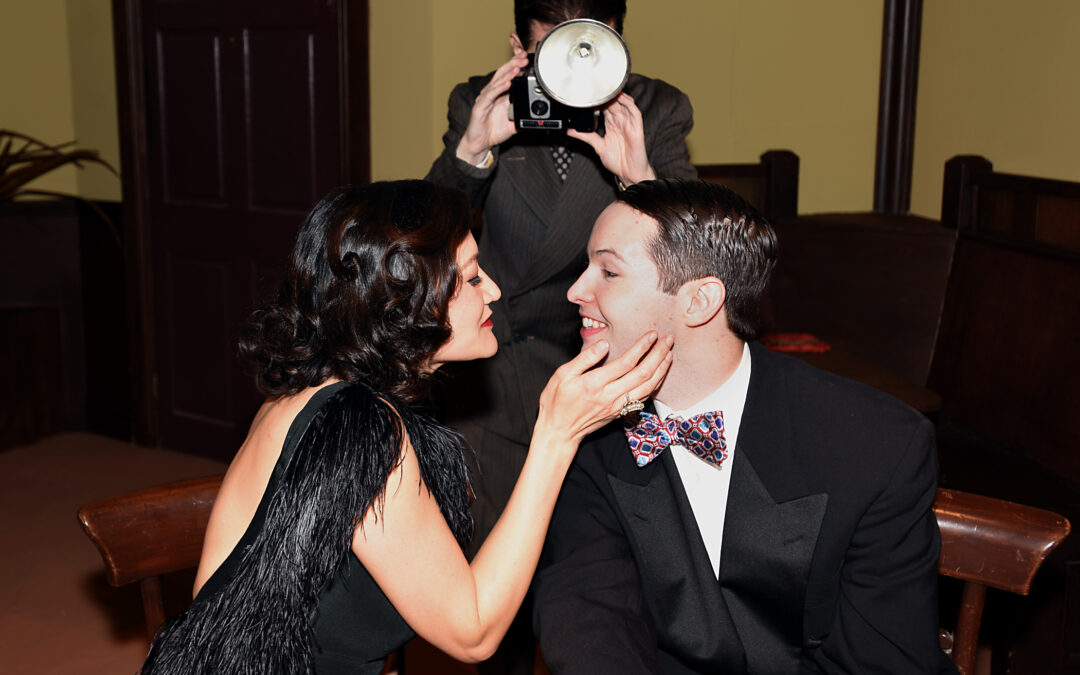 Metro-Goldwyn-Mayer, which boasted “more stars than there are in heaven” in the so-called golden age of Hollywood, went to extraordinary lengths to conceal the private lives of its stars from the public in the 1920s and ‘30s. They would “fix” speeding tickets and DUIs, buy off the police and make arrest charges disappear, bribe judges and more. And the stars, protective of their lavish lifestyles and salaries, were only too happy to play along with the charades.

Silent and early talkie film star William “Billy” Haines, a light comedian with leading man good looks who was openly gay, refused to play ball. Seems MGM bigwigs Louis B. Mayer and Irving Thalberg got bent out of shape about Haines’ public escapades and devil-may-care attitude and gave him an ultimatum. And thereby hangs the tale of Jack Rushen’s “Taming the Lion.”

The play holds interest by virtue of its subject matter and built-in conflict. After  all, it’s a behind-the-scenes drama of high-profile personalities and secretive machinations—e.g., Mayer forces Haines to date his best friend, Crawford, for publicity purposes, and she is turn is expected to spy on him and report back. Still, the play could be stronger, given the marquee names and high stakes involved.

Lynn Nottage’s “Sweat,” in its Orange County premiere at the Chance Theatre in Anaheim (through July 18), has something of the same problem despite the disparity of plots and themes. For a play that won a Pulitzer Prize and a Tony nomination one’s expectations are understandably raised; unfortunately, it doesn’t pack nearly the same punch as “Ruined,” Nottage’s previous Pulitzer winner, at least for this theatregoer.

“Sweat” undeniably has its finger on the pulse of today’s times, with its focus on the lives of factory workers who live from one paycheck to the next. We can certainly relate to the characters—the middle-aged man who’s been out on strike three months and is struggling to make ends meet, the women who aren’t getting any younger but celebrate their birthdays in the neighborhood bar and talk about dreams that never quite materialize. Only in an unexpected confrontation in the bar does this overly long play finally catch fire in one of its last scenes, and then it seems too little too late.

However, the ensemble cast, skillfully directed by Elina de Santos, is exceptional. Chief among them are Estelle (as Cynthia, a plant supervisor whose candor in leveling with her pals about management’s intentions goes unappreciated), Dalia Vosylius (her friend Tracie), Cary J. Thompson (Cynthia’s estranged husband, Brucie), Elijah Rashad Reed (her son Chris), and Scott Sheldon (Stan, a bartender).

The play, presented in association with the Morgan-Wixson Theatre, is the last of the Chance’s virtual productions. “Edges,” a coming-of-age musical which opened last week and runs through Aug. 8, marks their long-awaited return to live production.