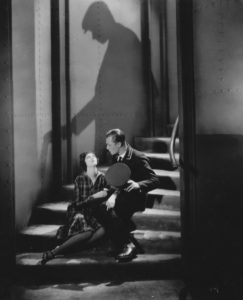 There can be no argument that “Snow White and the Seven Dwarfs” was a great achievement for 1937. Without taking anything away from Disney, Lotte Reiniger’s “The Adventures of Prince Achmed” (available on Blu-ray from Milestone Film & Video) must be acknowledged as an even more extraordinary accomplishment, especially for 1926. No superlative seems adequate but “mind-blowing” would be one word to describe this pioneering work of animation.

Not content to give us a beguiling fairy tale of Aladdin and his magic lamp, a sorcerer, a witch, a flying horse and a bird who’s really a princess in disguise, Reiniger used a combination of hand-cut silhouette puppets, stop-motion animation and other techniques to tell her story.

Though she called herself a “primitive caveman artist,” her jaw-dropping avant-garde style, combined with the film’s original color tints and Wolfgang Zeller’s orchestral score, produced nothing less than a masterpiece. Bonus features on this two-disc set include 11 shorts by the filmmaker, dating from 1921-1974.

Restored with help from the British Film Institute, “Achmed” is but one of many silent films being given a new lease on life by the U.K. “Underground” and “Shooting Stars,” a pair of silent gems marking the beginning of Anthony Asquith’s career (both available on Blu-ray from Kino Lorber), have just been issued in sparkling restorations from BFI National Archive.

Asquith is considered second only to Alfred Hitchcock among silent British filmmakers. This undeservedly obscure director (also responsible for the superb 1929 “A Cottage on Dartmoor,” the 1938 “Pygmalion” and many others) is ripe for rediscovery.

His first accredited feature, “Underground” (1928), reveals Asquith as a master of style and observation. He takes time to render delicately nuanced character studies as he etches a sweet romantic drama scene by scene, before raising the stakes and plunging the viewer into a suspenseful, edge-of-your-seat thriller. If the polite comedy of the film’s first half or two-thirds brings to mind the early scenes in King Vidor’s “The Crowd,” the finale is reminiscent of Fritz Lang’s “Metropolis” in its expressionist look.

Elissa Landi (best known for her roles in Hollywood films like “The Sign of the Cross” and “After the Thin Man”) is Nell, a London shop girl whose looks and personality elicit the ardor of both Bill (Brian Aherne), an underground porter, and Bert (Cyril McLaglen), an electrician, on the same day. Kate (Norah Baring), a dressmaker cast aside by Bert, completes the principal cast. Stanley Rodwell’s striking photography and Neil Brand’s new score complement the fine performances.

Aherne (who enjoyed a long Hollywood career) also plays a lead in “Shooting Stars” (1928), made prior to “Underground,” credited to A. V. Bramble but co-scripted and co-directed by Asquith. Here Aherne is Julian, an actor who’s happily married to spoiled starlet Mae (Annette Benson) or so he thinks, until he discovers her in the arms of slapstick comedian Andy (Donald Calthrop).

Though one is tempted to compare it to Vidor’s classic satire of movie-making, “Show Business,” Asquith’s stunning debut is a tragicomic drama with a more serious tone to it. Also filmed in expressionist style by Karl Fischer, it offers a rare glimpse inside a British film studio of the era. John Altman’s new score hits just the right note to accompany the myth vs. reality theme of this story.

And speaking of movies about movies: Tamás Yvan Topolánszky’s “Curtiz,” which centered on the dysfunctional family life of director Michael Curtiz during the making of “Casablanca,” played to a receptive audience at the recent Newport Beach Film Festival. Ferenc Lengyel’s strong performance in the title role and Zoltan Devenyi’s outstanding black-and-white cinematography were among its key assets.