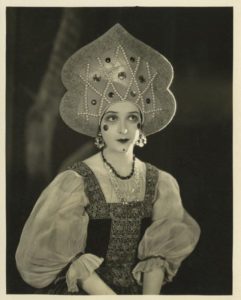 If you’ve never heard of “You Never Know Women” (1926), you’re not alone. But this obscure silent drama was of great importance in the career of director William Wellman, according to his son—his deft handling of the assignment won him the opportunity to direct “Wings,” the thrilling aviation epic that won the first Academy Award for Best Picture.

“Women,” long thought lost and virtually forgotten, is now available from Kino Lorber in a spectacular new 4k restoration on Blu-ray and DVD, color tints and all (Wellman’s “Beggars of Life” should only look so good.) What there is of the plot—a love triangle between a Russian dancer (Florence Vidor), a Houdini-like escape artist (Clive Brook), and a wealthy broker (Lowell Sherman)— isn’t terribly original. This 71-minute film is expertly directed by Wellman, however, and Donald Sosin provides a splendid score.

Vidor, who stars as Vera Janova, the dancer, has been largely forgotten herself; it’s a pleasure to rediscover the first wife of director King Vidor in a performance that’s nothing less than enchanting. Comic El Brendel, much maligned for his work in early talkies, is a revelation here in his film debut, offering a subtle, restrained characterization as a sensitive clown. Among the unbilled bit players is another clown who looks too much like a young Ray Bolger to be anyone else, a decade before his official feature film debut.

Corrine Griffith, who’s even more obscure than Florence Vidor, is an unqualified delight in the 1928 silent romantic comedy-drama “The Garden of Eden” (newly available from Flicker Alley on Blu-ray, with a score by Robert Israel). This one was also made by a budding director soon to have a big hit—Lewis Milestone, just two years away from “All Quiet on the Western Front.” The art director on this one, by the way, was William Cameron Menzies (“The Thief of Bagdad”).

Griffith is Toni Lebrun, a pretzel maker who aspires to be an opera singer. A wealthy cabaret patron (Lowell Sherman, as suave and slippery here as he is in “Woman”) has designs on her; however, she gets herself fired along with Rosa, the costume mistress (Louise Dresser), who happens to be a baroness and treats her to a holiday in Monte Carlo. Among Toni’s suitors there is the flirtatious Richard—played by Charles Ray, an impressive performance that departs from the comedic hick and bumpkin characters that first brought him stardom. 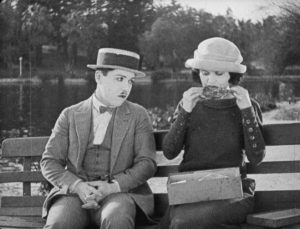 “Found at Mostly Lost, Vol. 2” (available on DVD from Undercrank Productions) is a collection of 10 rarities (made between 1906-1922) preserved by the Library of Congress and identified at their annual Mostly Lost workshops. The contents are mostly hilarious, featuring popular silent film comics Snub Pollard and Monte Banks, Billy Bletcher (later the voice of the Big Bad Wolf in “The Three Little Pigs,” here in a gem called “The Noodle Nut”), and cartoon character Bobby Bumps. Even “And the Villain Still Pursued Her” (a genuine antique from 1906) is chock-full of zany gags that will have you howling.