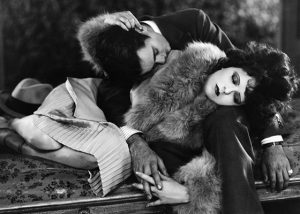 The San Francisco Silent Film Festival gets under way June 1 at the city’s treasured silent-era movie palace, The Castro. Harold Lloyd’s popular “The Freshman” (1925), featuring a climactic football game filmed at UC Berkeley, is slated for opening night. Douglas Fairbanks Sr. headlines the closing night June 4 in “The Three Musketeers” (1921). In between the schedule promises some real gems, including the definitive restoration of Sergei Eisenstein’s masterpiece “Battleship Potemkin” (1925), about the 1905 revolution—one of the greatest films ever made by anyone, anywhere, any time.

The 22nd annual SFSFF will screen two silents directed by women, the reconstructed version of Dorothy Arzner’s “Get Your Man” (1927) with Clara Bow and Buddy Rogers, and Lois Weber’s “The Dumb Girl of Portici” (1916) with ballet legend Anna Pavlova, the first blockbuster ever directed by a woman. African-American director Oscar Micheaux’s “Body and Soul” (1925) features Paul Robeson in his film debut.

Also showing: Tod Browning’s “Outside the Law” (1920) with Lon Chaney in a dual role and Anna May Wong; the brilliantly photographed Japanese silent, “A Page of Madness” (1926); Ernst Lubitsch’s “The Doll” (1918); the first film adaptation of Arthur Conan Doyle’s “The Lost World” (1925) in a new reconstruction; Cecil B. DeMille’s long lost “Silence” (1926); and footage from a lost Wallace Beery-Louise Brooks comedy. Music scores will be performed live by the Alloy Orchestra, Berklee Silent Film Orchestra, Mont Alto Motion Picture Orchestra, Donald Sosin, Stephen Horne and others.

“Behind the Door” is a 1919 film (available on Blu-ray and DVD from Flicker Alley) that shows us some things have changed a great deal in the past century while other things haven’t changed at all. Xenophobia, which rears its ugly head early in the film when World War I is declared, is as virulent as ever. The heavy melodramatic style of acting has gone the way of the buggy whip but is fascinating to watch. Hobart Bosworth chews the scenery as the working-class hero; Wallace Beery, not to be outdone in his role as a villainous submarine commander, sneers into the camera in his first close-up.

This silent Thomas Ince production (newly restored in a collaboration between the San Francisco Silent Film Festival, the Library of Congress and Gosfilmofond of Russia) belongs to a genre called revenge films. It’s “one of the most outrageous” pictures of its era according to film historian Kevin Brownlow, who gives us the lowdown on director Irving Willat and the cast in a superb bonus interview. The original color tinting scheme is painstakingly recreated; composer tephen Horne provides an appropriate score. A booklet full of erudite essays is included, par for the course with Flicker Alley.

“Asheville Movies, Volume I: The Silent Era,” a handsome volume by Frank Thompson, provides a vivid account of North Carolina’s early days as a magnet for film production. The book (available in paperback from Men with Wings Press) is crammed with rare photos and memorabilia from this forgotten period in the state’s filmmaking history, circa 1910-1929. Thompson makes you want to see many of the films, but sadly only nine of the nearly 350 silent movies made in NC are extant.