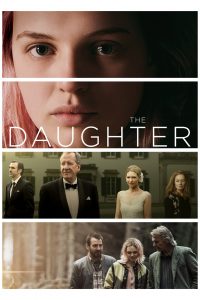 Before “Arsenic and Old Lace” became known as the now-classic Frank Capra movie, it was a Broadway hit. It’s been a mainstay of high schools, dinner theaters and community playhouses for decades; the question is, does this old warhorse (running at Fullerton’s STAGEStheatre through Mar. 5) still work? The short answer is yes. Clueless elderly ladies poisoning lonely men with elderberry wine and burying them in their cellar is still non-stop hilarious.

The world has changed immeasurably since Joseph Kesselring’s play first opened in 1941, but there’s a timeless quality to this charming comic farce. Unlike many shows of its vintage, it has only gotten better with age. The jokes about theatre critics and the policeman who fancies himself a playwright are as funny as ever. The only gag lost to the ages is that the homicidal maniac who “looks like Boris Karloff” was originally played by Karloff himself in the Broadway production.

Glenda Wright and Cathryn O’Donnell are flawless as the aunties, Abby and Martha. Richard W. Burnes seems just right as their flustered nephew, Mortimer, and wisely underplays his part (Cary Grant hated his over-the-top performance in the Capra movie). Mark Bowen and Mark Tillman are fine as the murderous Jonathan and the nutsy Teddy; Paul Burt steals nearly every scene he’s in as Dr. Einstein. Jill Johnson handles the directorial reins smoothly.

People talking on cell phones and chatting via Skype, not to mention sexually adventurous teenagers and certain four-letter words, are nowhere to be found in Henrik Ibsen’s 1884 drama, “The Wild Duck.” Purists might have a fit with some of the choices Simon Stone has made in his potent film adaptation, “The Daughter,” but I think they’re faithful to the intent of the play and help make it work for modern audiences.

Where Ibsen’s “Hedda Gabler” is a masterpiece of construction, “Duck” isn’t one of his better conceived and executed plays; it’s too polite for much of its running time, a little too nuanced for its own good. While this was no doubt a deliberate choice given the dark secret festering under the surface, the film (shot on location in Australia and “inspired” by the play) does perhaps a better job of pulling us in and involving us in the web of deceit that’s being spun. It’s all about secrets and lies, and writer-director Stone hones in on the heart of the matter while keeping us in suspense.

Geoffrey Rush and Sam Neill are the marquee names in the ensemble cast, while Odessa Young has the more or less central role as Hedvig, a pink-haired teen who’s wise beyond her years; the character is more prominent in the movie, and the youthful actor turns in a memorable performance in the part. If you missed the film in its recent L.A. release, it’s already available online and should be on disc soon).