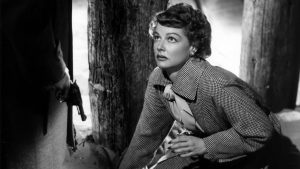 There’s been some concern about the annual Cinecon Classic Film Festival —the wonderful conclave of rare early cinema held Labor Day Weekend in Hollywood—with the untimely passing this week of its president, film historian Bob Birchard. The festival has also faced a financial challenge of late. However, “Cinecon is all set and ready to go,” his colleague Stan Taffel assures us, and will be dedicated to Birchard this year.

Registrations for Cinecon are currently being accepted. Screenings will take place as usual at the historic Egyptian Theater on Hollywood Blvd. Perhaps the most widely anticipated film is the newly restored “King of Jazz” (1930) with Paul Whiteman and his orchestra, in glorious two-strip Technicolor.

UCLA Film & Television Archive, another major player in preserving our cinematic past, is enjoying enhanced visibility with a pair of recent restorations. Two lost film noirs, “Too Late For Tears” and “Woman on the Run,” are newly available in Blu-ray/DVD dual-format editions from Flicker Alley; the releases represent the first collaboration between the video company and the Film Noir Foundation, which spearheaded the restorations.

“Too Late For Tears” (1949) and “Woman on the Run” (1950) are terrific if forgotten gems, and both provide great roles for women. The former, filmed in L.A., stars femme fatale Lizabeth Scott as a housewife who has $60,000 fall into her lap, doesn’t care where it came from and will do anything to keep it. The latter, shot in San Francisco, features World War II pin-up girl Ann Sheridan as a lady bored with her husband, who takes it on the lam after witnessing a gangland murder. Both releases include fascinating making-of mini-docs and audio commentaries.

Olympic torch bearers are an ancient tradition, right? Actually, they were invented for the broadcast age, when the 1936 Berlin Olympics was televised. This is but one of many revelations in “Dreams Rewired” (available from Icarus Films on DVD and VOD), a clever but flawed documentary by Manu Luksch, Martin Reinhart & Thomas Tode that uses archival footage culled from the 1880s to the 1930s to show us how technology came about, insinuated itself into our daily lives and devoured us whole.

Pegi Vail’s vivid doc film “Gringo Trails” (also available from Icarus) takes us from the Bolivian jungle to Thailand’s party beaches to show us how tourism is altering and endangering the planet at a much faster pace than we might have imagined. If we’re not alarmed at the rapid diminishing of species like the Anaconda snake, we should be. “The world is open to us as it’s never been before,” as travel writer Pico Iyer tells us, but it’s also more susceptible than ever with tourists descending like locusts on once pristine locales.

Janina Quint’s “Germans and Jews” (debuting theatrically in New York this month, from First Run Features) takes us to today’s Berlin, which surprisingly has the fastest growing Jewish population in Europe, nearly 250,000—many of them emigrants from Russia. A cross-section of talking heads allows us to have the conversation we’d like to have about the phenomenon, asking questions we might not dare to ask. Postwar and present-day anti-Semitism is addressed, and one Jewish resident tells us he feels safer living in Germany now than he would in Israel.